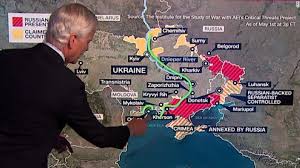 Ukraine (UKN) is a country in the backyard of Russia. Russia is the largest country in terms of land size. Almost thrice the size of the other 49 countries in Europe. If you divide Africa into two, Russia will take more than half.

Ukraine had said, “we want to join NATO”.
Russia said, ” you don’t dare”.
But who are you to tell us what to do?
Okay, try it!
If we try it, what will you do?
We will seize your land and dispose of your government.
You can’t do that. That has never happened in modern history. 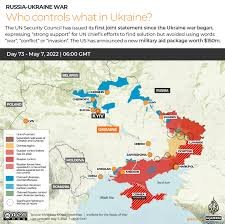 When NATO was asked, “if Russia attack Ukraine today, what will you do?” NATO said, “that will be unfortunate but since they are yet to formally join us, they are on their own”. Analysts believed that was the green light 💡 Putin, Russia’s President needed. He moved him and began his attack.

But what is NATO and why is Putin bothered about them?

After WWII (World War 2), the world became something like an action film where you have the protagonist countries and the antagonist countries. Both may appear to be friends but they are quietly preparing for World War III so it does not meet them unaware. You can call the protagonists the good boys and the other, bad boys. The good boys are so-called in the world scene because they are more democratic and loudly advocate for human rights.

The good boys decided to form a military alliance called North Atlantic Treaty Organisation(NATO) with an oath, “an injury to one is an injury to all”. This alliance as of today includes the USA, Canada, UK, France, Germany and over 25 other countries.

Those you may refer to as the antagonists (note- in another context, they may not be so-called) are mainly North Korea, China and Russia. Each of these countries is very powerful on its own and though they do not form a military alliance, they are posed to assist each other in case of an escalation. For instance, North Korea had told her army to be on alert to support Russia if the war escalates. Unlike other powerful nations, China had refused to sanction Russia for the ongoing war.

Most other countries may not openly side with either the protagonists or antagonists but each body language has already determined where they belong should there be a WWIII. Nigeria for instance is posed to go with the UK & US which are members of NATO. Mali and Libya on the other hand are friends with Russia.

Looking at the strength and size of Russia and the role it played in WWII, you can safely say that NATO was created to contain Russia’s dominance across the world.

Side note, those free or neutral countries can also switch lanes anytime if the weather favours them. For instance, if a president wants to clutch on to power longer than it’s due democratically, he could run to Russia for protection because the good boys will not welcome him. Russia is usually the rally point for such because it has nothing to lose. It has oil in abundance and Europe’s continent used to and still depends largely on her oil. China may not support such with full chest because they have many competitive goods to sell to America and other countries. They needed to play nice. North Korea on the other line is an isolated country. They don’t have the economic capacity to help.

OKAY! But I still don’t get why Russia is after Ukraine.

It’s simple. Russia shares a border with Ukraine. If Ukraine joins NATO, it means NATO can place its army in the backyard of Russia. If there is a war, say WWIII, NATO, especially the USA can easily strike Russia.

WOW! Now I get but is it just that?

That’s not all. There are several countries that surround Russia that are not NATO members. If Ukraine joins freely, others will be boldened to join. Meaning, NATO will surround Russia making it easy to be wiped out if there’s a future war.

OHHHHHOKAYYYYY! But why can’t Ukraine just stay neutral then?

Well, Russia wants all the country that surrounds her to either be under her or stay neutral. But they sometimes threaten these nations that don’t submit either partially or fully to them. For instance, in 2014, Russia entered Ukraine’s territory and seize a part called ” Crimea”. Ukraine can’t fight back because they were weaker. Like, they stole from them and they can’t even fight back.

That’s not all. There is some part of Ukraine that wanted to have independence just like Biafra in Nigeria at a time. These guys have been fighting the Ukraine government for years. They are not that powerful but guess who is backing them? Russia. 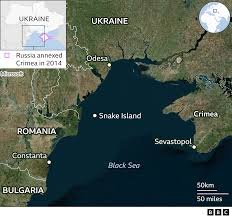 So, Ukraine wants to join NATO for protection. Because once they join, if Russia kills a goat in Ukraine, NATO will retaliate. That way, Ukraine will be almost as powerful as Russia itself.

So, Russia moved in intending to seize Ukraine’s capital like they seized Crimea years ago but, they were shocked at what they met. The world was also shocked at Ukraine’s resistance. I should tell you the details of the war especially the first days in the second part. 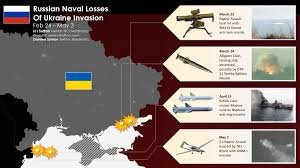 But for the records, Russia is fighting Ukraine to make them an example to other neutral countries around them but as of today, these countries are dead scared and feel that it is best they join NATO for protection. Two of them at least, Sweden and Finland have started making plans. Maybe they feel this is the best time since Russia couldn’t invade one country successfully, it can’t invade three at a time.