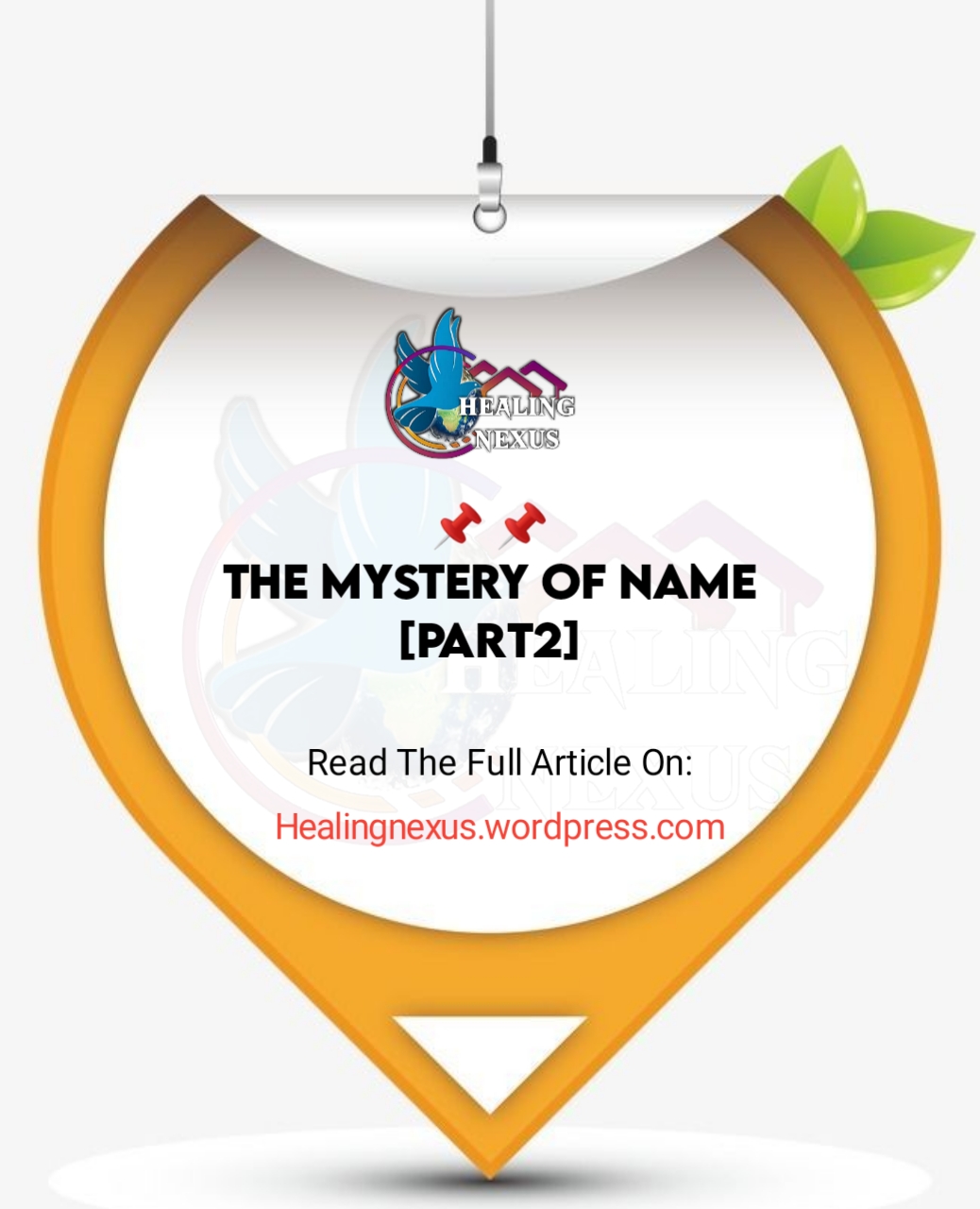 We are still on the Mystery of Name series. Last week we considered the Anointing which is in us that makes us to be called Christians.

We are considering the naming ceremony today. A name can still be seen as what a person is addressed or identified as. I have been to many naming ceremonies and whenever the Pastor or the minister in charge wants to give a name to the baby, the minister would always say these words, “And the baby shall be CALLED…” And whatsoever ever name that was mentioned that day will be the name the baby bears throughout his/her stay on earth.

God naming Ceremony.
The first naming ceremony was done by God Himself in the book of Genesis. Every manufacturer has problems he wants to solve before he manufactures anything, and after the manufacturing process is done, he would then look for a name it will be bear and give it a name.

God is the master manufacturer and in the account of creation, as He created any thing, He gave name to it immediately by calling it by it’s name.

Isaiah Naming Ceremony.
We can see in the prophecy of Prophet Isaiah too that he did a naming ceremony for the unborn child and the name he prophesied was what He was called.

Isaiah 9:6-7
[6]For unto us a child is born, unto us a son is given: and the government shall be upon his shoulder: and his name shall be CALLED Wonderful, Counsellor, The mighty God, The everlasting Father, The Prince of Peace.
[7]Of the increase of his government and peace there shall be no end, upon the throne of David, and upon his kingdom, to order it, and to establish it with judgment and with justice from henceforth even for ever. The zeal of the LORD of hosts will perform this.

Adam naming ceremony
Adam was the first man that did naming ceremony in the Bible. He gave a name to his wife.
Genesis 3:20
[20]And Adam CALLED his wife’s name Eve; because she was the mother of all living.

He also gave name to all livestock, birds and animals.
Genesis 2:19
[19]So the lord God formed from the ground all the wild animals and all the birds of the sky. He brought them to the man to see what he would CALL them, and the man chose a name for each one.

The implication of this is that whichever name we call any animal today was given to them by Adam and the name He called them portrayed their attribute. As he named them, the attitudinal creative power was in his mouth. As he called them their names, the way they will behave too was spoken into them and that’s how they behave till date. Goats are stubborn because Adam named them goats. Had it been that he named the sheep as “goat”, it would have been the sheep that would be stubborn from that time till date.

Man’s naming ceremony.
You should understand the fact that the meaning of Adam is “Man”. As God gave the authority to give names to Adam, He also gave mankind that same authority, that’s why you see Ichabod, Jabez et al behaving after the name their parents named them.

But we, the believers, are having higher advantage of this naming authority over an ordinary person because are of a joint heir with the second Adam who happened to be a “life-giving Spirit” and whatever He says are not ordinary words but “spirit and life.”

1 Corinthians 15:45
[45]The Scriptures tell us, “The first man, Adam, became a living person.” But the last Adam—that is, Christ—is a life-giving Spirit.

John 6:63
[63]The Spirit alone gives eternal life. Human effort accomplishes nothing. And the very words I have spoken to you are spirit and life.

The Implication.
The implication of the naming ceremony is that whenever you as a believer are experiencing any sickness symptoms, you have the capacity to change the name of such symptom. As I’m living in Divine health, this is one of my biggest secrets that keep me in God’s covenant of Divine Health. When I’m feeling any symptoms in me, what I do is to name the symptom in me to health, I don’t believe that symptom the devil is showing is a sickness, I’d rather name it after my Divine reality in the Lord. That’s why Prophet Joel admonished any one that is having a weak health condition to name it “strong”.

Joel 3:10
[10]Beat your plowshares into swords, and your pruninghooks into spears: let the WEAK say, I am STRONG.

Can you give a name to your health by saying MY HEALTH IS SICKNESS-RESISTANT.