THE MYSTERY OF NAME [Part 3] 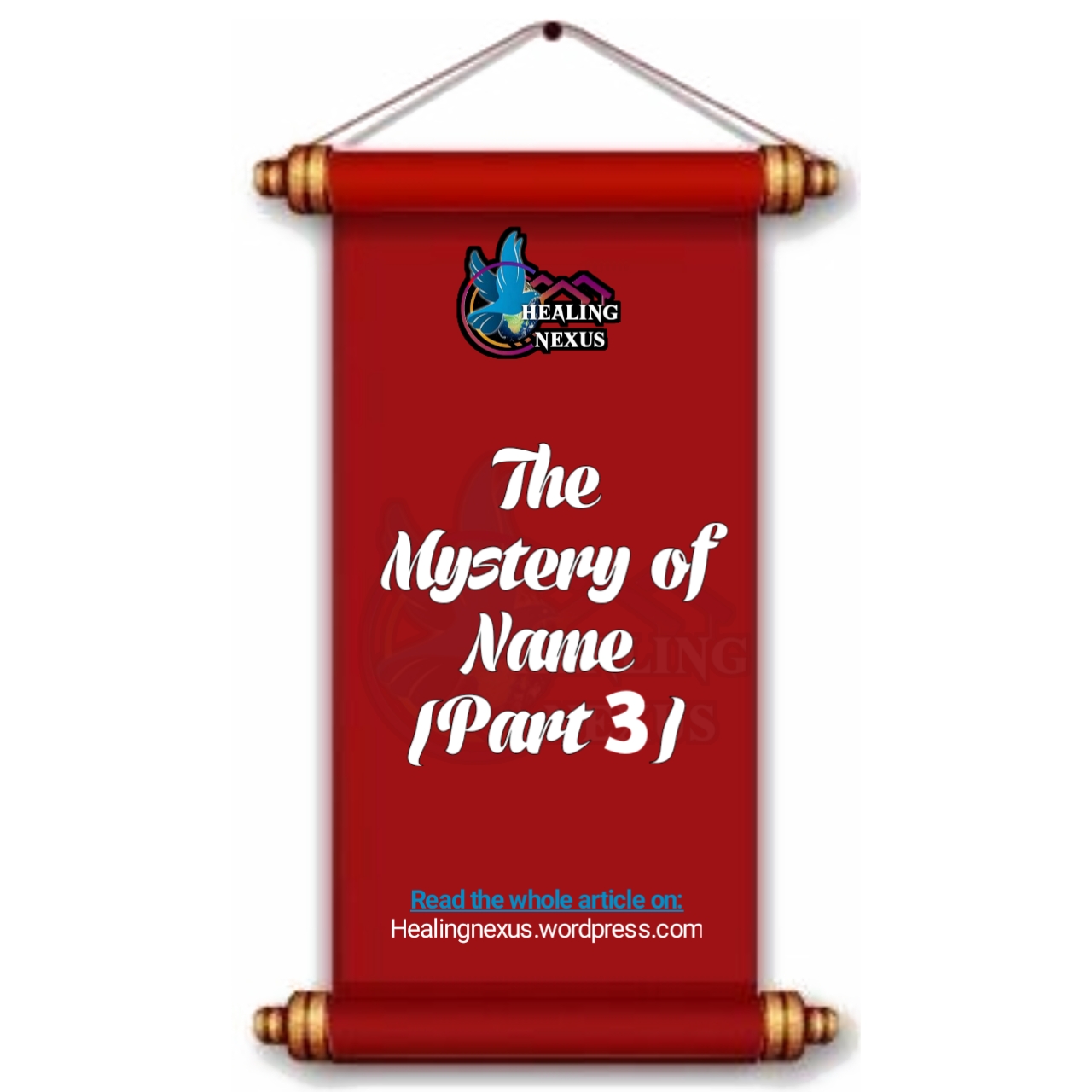 THE MYSTERY OF NAME [Part3]
(In My Name)

I remembered my days on campus when I was graced to be the Central Christian Body (CCB) President. As a president, I used to forward many letters to bodies outside which must bear my name and name of Patron of the body. At a time I couldn’t get across to the patron and I needed to send a letter. What I did was to write the name of the Patron and scanned his signature on the letter. What I did got to the notice of the Patron and he explained to me the reason why he needed to go through the letter and sign it before sending it out. In summary, he said that the letter conveying his name signifies that the letter is backed up by his authority.

The names we bear speaks volume about the authority that’s being conveyed upon us. Also in letter writing, you’ll see that any portfolio that a person is anchoring will always reflect under the person’s name. This means that the name we bear carries weight and the weight is a determinant of the authority we carry.

God the Father and Moses
When God wanted to send an information to Pharaoh through Moses, Moses needed to ask of the authority he should present before Pharaoh and God told him “I AM THAT I AM” which signifys the omnipotent dimension of God.
Exodus 3:13-14
[13]And Moses said unto God, Behold, when I come unto the children of Israel, and shall say unto them, The God of your fathers hath sent me unto you; and they shall say to me, What is his name? what shall I say unto them?
[14]And God said unto Moses, I AM THAT I AM: and he said, Thus shalt thou say unto the children of Israel, I AM hath sent me unto you.

Jesus and the 72
When Jesus was on earth, there’s a level of authority on Him and He transferred that authority to the 72 to go and face the powers of darkness. Note that the devil is indeed powerful but his power can’t override the authority of Jesus. After He gave them the authority, He sent them out and they came home rejoicing and they started giving testimonies of their outreach:

Luke 10:17
[17]And the seventy returned again with joy, saying, Lord, even the devils are subject unto us through thy name.

Jesus was excited and He explained to them that what happened was as a result of the “authority He have given them”.
Luke 10:19 NLT
[19]Look, I have given you authority over all the power of the enemy, and you can walk among snakes and scorpions and crush them. Nothing will injure you.

The disciples didn’t know that they were leveraging on the authority of Jesus as they were using His name.

The Godhead Authority
In Polytechnic administration, the authority at the top level management (Rector, Deputy Rector, Registrar, Dean etc) is different from the authority of the middle level management (HODs).
So also the authority of Jesus when He was in heaven differs from His authority on earth and David saw it prophetically and sang it as a Psalm.
Psalms 110:1
[1](Psalm of David.) The LORD said unto my Lord, Sit thou at my right hand, until I make thine enemies thy footstool.

Note that the first Lord was written all in Upper case and that’s how God the Father was being referred to – “LORD”, and the Lordship of Jesus is represented with the first letter capitalized only – “Lord”. The right hand God the Father was referring to means “the place of authority”. He saw the transition period and let’s look at how it happened.

So here is the progression: after His death, He got all the authorities and He sat at right side of the Father, but the good news is this; we died together with Him, were raised together and sat together.

Ephesians 2:6
[6]And hath raised us up together, and made us sit together in heavenly places in Christ Jesus:

So, we the students (Believers) are now having same authority the “Rector” has. (Glory to Jesus!) We are initiated to sit with the top level management but we are not permitted to have our affairs there until we finish our courses. But we can use the authority of the Registrar to deal with the cultists in the school because we’ve been given all the authorities.

Ephesians 1:20-22
[20]Which he wrought in Christ, when he raised him from the dead, and set him at his own right hand in the heavenly places,
[21]Far above all principality, and power, and might, and dominion, and every name that is named, not only in this world, but also in that which is to come:
[22]And hath put all things under his feet, and gave him to be the head over all things to the church.

So here’s the command given to us, the authority which is the name of Jesus is meant to do 5 major works as listed below.

Mark 16:17-18
[17]And these signs shall follow them that believe; In my name shall they cast out devils; they shall speak with new tongues;
[18]They shall take up serpents; and if they drink any deadly thing, it shall not hurt them; they shall lay hands on the sick, and they shall recover.

Do you believe in this report?
Shout: Divine Healing is my reality!!!