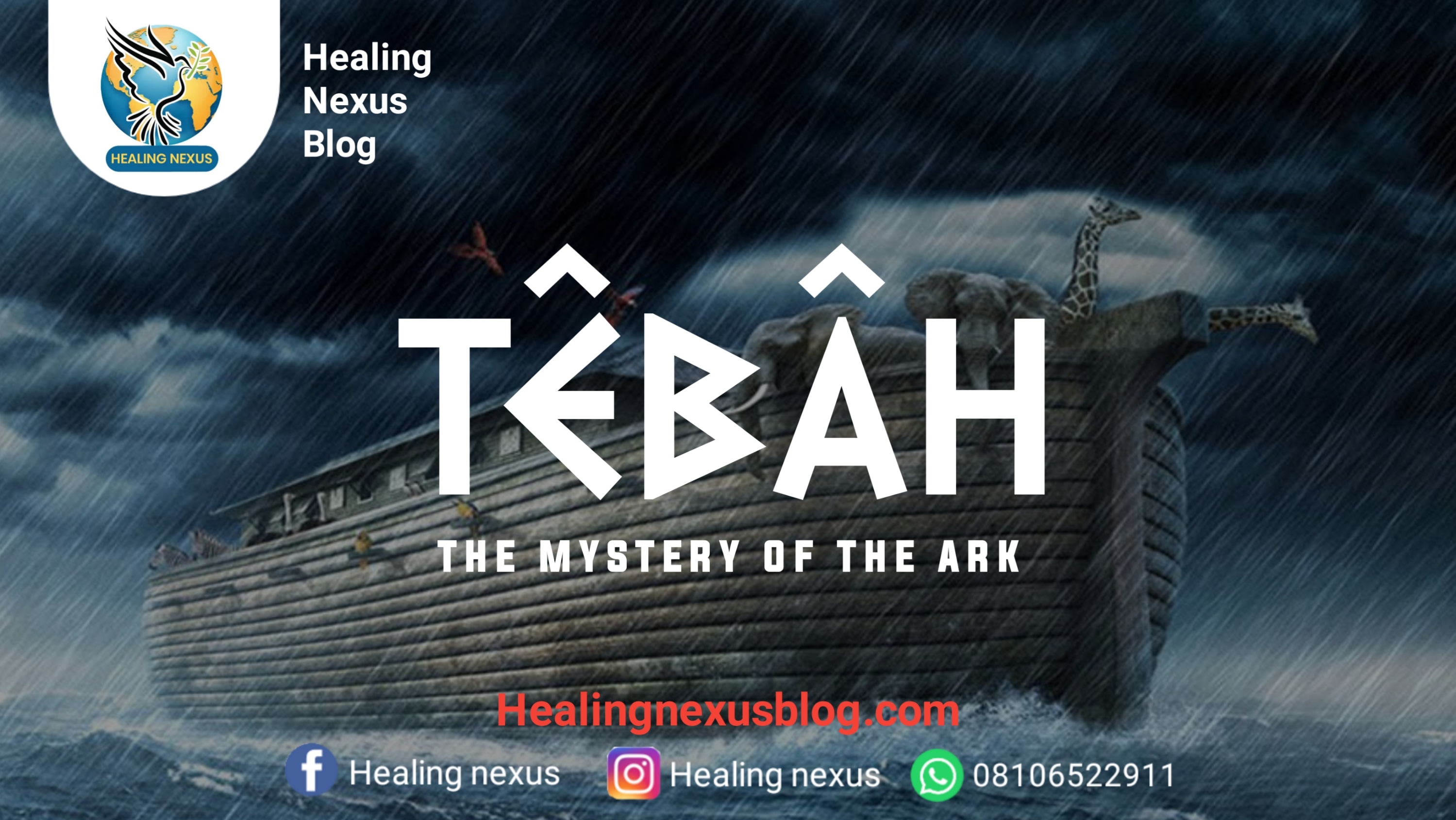 Welcome back to the Christocentric Series❗ Don’t forget that we are comparing Jesus in Shadow and Jesus in pictures☄️.
Oh Yes❗❗
He’s the central theme of the Bible.

In the last series, we looked at the SCARLET THREAD and saw the significance of the blood of Jesus. Today we shall be looking at Jesus as the TEBAH. Tebah is a Greek word meaning THE ARK.

After sin crept into the world, the earth started to become more corrupt. And what God was seeing wasn’t His initial intention of creating the world. Sin thus, began to be the order of the day, and wickedness became the attitude of people on the earth and the wrath of God started to be growing on humanity and this made God sorry for making men.😟😟

“And GOD saw that the wickedness of man was great in the earth and that every imagination of the thoughts of his heart was only evil continually .
And it repented the LORD that he had made man on the earth, and it grieved him at his heart.”

Of course, God is Righteous and what made God Righteous is that He won’t, and can’t condone what is wrong (sin). God hates sin because Righteousness is His nature and this made God search the whole earth to see if any man can withstand His Righteous Nature. And Alas!!! Noah and His family were found.

And the LORD said unto Noah, Come thou and all thy house into the ark; for thee have I seen righteous before me in this generation.

Noah was a preacher of Righteousness and through Him, God wants to express the twin nature of the RIGHTEOUS NATURE which is the LOVE NATURE and the intercept is called the ARK .

He used 120 years to preach but the result was Zero(0) convert, no one responded to his preaching. Himself and His family (alone) entered the Ark which was built by him, following God’s instructions. And God released the fountain of the deep to rain on the earth.

Genesis 7:15-16
And they went in unto Noah into the ark, two and two of all flesh, wherein is the breath of life.
And they that went in, went in male and female of all flesh, as God had commanded him: and the LORD shut him in.

MORE THAN AN ARK;
JESUS IN THE PICTURE

3 thoughts on “TEBAH: The mystery of the Ark”