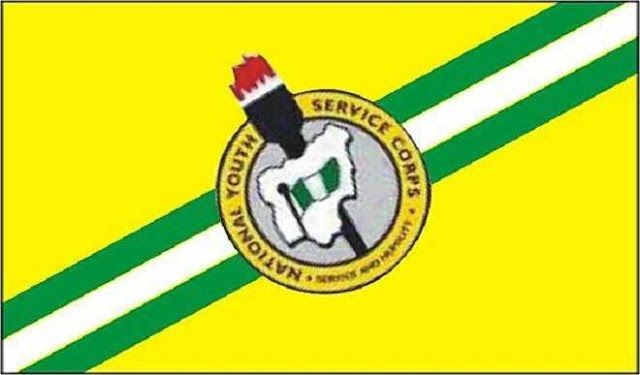 Gloraaaaaay to God! I’m publishing this article on the 18th of February, 2021; the day I passed out of my service year. There are various meanings people give to the acronym NYSC, it’s generally called National Youth Service Corps, some call it ‘Now Your Suffering Continues’, some even call it ‘Nigerian Youth Sexually Corrupted’ (Lol). But I call it NIGERIAN YOUTH SERVING CHRIST (Gloraaaaaay to Jesus)!

HOW NYSC BEGAN
There’s an untold story that wasn’t narrated to us by camp officials while on camp, infact most of them didn’t know it. The story is about a missionary named Pa Sydney G. Elyton, who came to the land of Ilesha city in Osun State, and gave a prophecy that “…..there’s a time that the youth of this nation will be paid to preach the gospel”. And some years after, Gen.Yakubu Gowon fulfilled this prophecy by enacting the NYSC scheme. It wasn’t known to him that he was fulfilling prophecy. Therefore, preaching of the Gospel can’t be removed from the equation of NYSC. If you served Nigeria, collected #33,000 for 12 months and at least 15% of your whole allawee is not spent on the Gospel, you’ve not done well.

THE SPIES
It was on March 10, 2020 that I first stepped into Imo State. On the 13th of March, the word of the Lord came to me and led me to the book of Numbers, and then told me that I was here to spy the land, and asked me if I would be able to conquer the land for Him. I replied Him that I MUST OVERCOME (IMO) this land by His help. At first, I was confused when He said I came to spy but later on, we were told to go back to our various states because of COVID-19. It was then I understood that I really came to spy.

Numbers 13:30-32
[30]And Caleb stilled the people before Moses, and said, Let us go up at once, and possess it; for we are well able to overcome it.
[31]But the men that went up with him said, We be not able to go up against the people; for they are stronger than we.
[32]And they brought up an evil report of the land which they had searched unto the children of Israel, saying, The land, through which we have gone to search it, is a land that eateth up the inhabitants thereof; and all the people that we saw in it are men of a great stature.

NCCF: My Primary Place of Assignment.
I was called to serve God in The Nigeria Christian Corpers’ Fellowship which I accepted and I was unveiled to be the NCCF Evangelism coordinator. The then Chairman in person of Bro. Ajayi Olawale would always tell us that NCCF would stretch us. The then Secretary, Bro. Farinuola Ebenezer shogo would be scaring me though jokingly😄 that NCCF was on my shoulder as the government rests upon Jesus’ shoulder. He would say, “Rugged must always be on fasting because souls are perishing” (as if it’s my fast that will save them😄). But to be candid, NCCF really stretched us o but all thanks to God that we passed through the process with patience and endurance.

THE SACRIFICE
Being the Evangelism Secretary of the State, I must sacrificed so many things. First, I must and always be on evangelism virtually everyday around IMO STATE. I sacrificed my PPA, whenever others are going to their PPA, I’d be at home strategizing on how to go for evangelism, and you know that means there’s nothing like monthly stipend…. kai!Sacrifice, as others are receiving money, we the excos will be spending money even without any streams of income asides the allawee alone. At times, we would have finished spending the next allawee before we even receive it! What about the sacrifice of the early morning cries, I had to be up as an evangelism Secretary by 4:00am to go and preach the gospel in cold weather. What about the ‘No travelling’ rule, night travails, days of fasting and so many sacrifices paid all because of the gospel?

GIFT OF MEN
One thing I also enjoyed was the gift of men during my service year. First, I really appreciate my childhood friend (Atanwola Wale Joel) that we also gave to the course of the gospel together. When I heard that he too was posted to Imo State, I was overwhelmed with joy. He was opportuned to be the Transport and Organizing Secretary of the fellowship, the zeal of the Lord had eaten him up. Whenever people see us, they call us twins.

Time won’t permit me to pay homage to the dogdeness and commitment of the national delegates, Papa Michael Akintayo and Uncle Olaniyi Olusegun Ebenezer, I just love these men, they opened our eyes to several mysteries of the kingdom. I can’t overlook the efforts of my musketeers too, we were three that did the work of the kingdom together. My Prayo, Sis Martha Peter (a.k.a walking fire). When you hear someone singing ‘Ebenezer’, you already know she’s the one singing, she’s a prayer, sighting her alone you’ll be baptized with the spirit of prayer. What about my Mobile; The Bible Study secretary, I do call him The Praise Adeyemi, He’s the Pastor in charge of the Purpose Network. Do you want to know about the balanced teaching about the teaching of Grace? He’s the best answer, he will teach you and you’ll understand.

I celebrate my Aunty, Sis Temidayo. Thanks for your managerial skills displayed during the service year. I also celebrate the Mama, Sis Ikpeyi Eunice and A. Mama, Sis. Ehkasomi Elizabeth. Thanks for dishing my food specially, these wonderful women of God turned the kitchen to a place of revival, you can’t eat from their pot and not be saved or grow spiritually. I celebrate the financial team too, the CIBO of the State, Sis Adekeye Damilola, my one and only fighting mate.😄Everytime you see this giant, you’d always see her with requisition form. Also my landmark, Sis Akande Lois. I can’t forget the efforts of my Amiable Publo, Bro Rahman Mubarak, how he shakes his leg on the bed before sleeping.😄 The Faith-based girl which is our Ubultic Music Director, Thomas Esther Olayemi, you are a gift of God to us.
Also, I celebrate the evangelism team: The Jesus Force coordinator, Sis Ola-Olorun Oluwanimilo and Sis Ademola Kofoworola The Teenage outreach coordinator… You’re a gift of God to me.

I Came
I Experienced
I Sacrificed
I Overcame!