The Drama at Massah 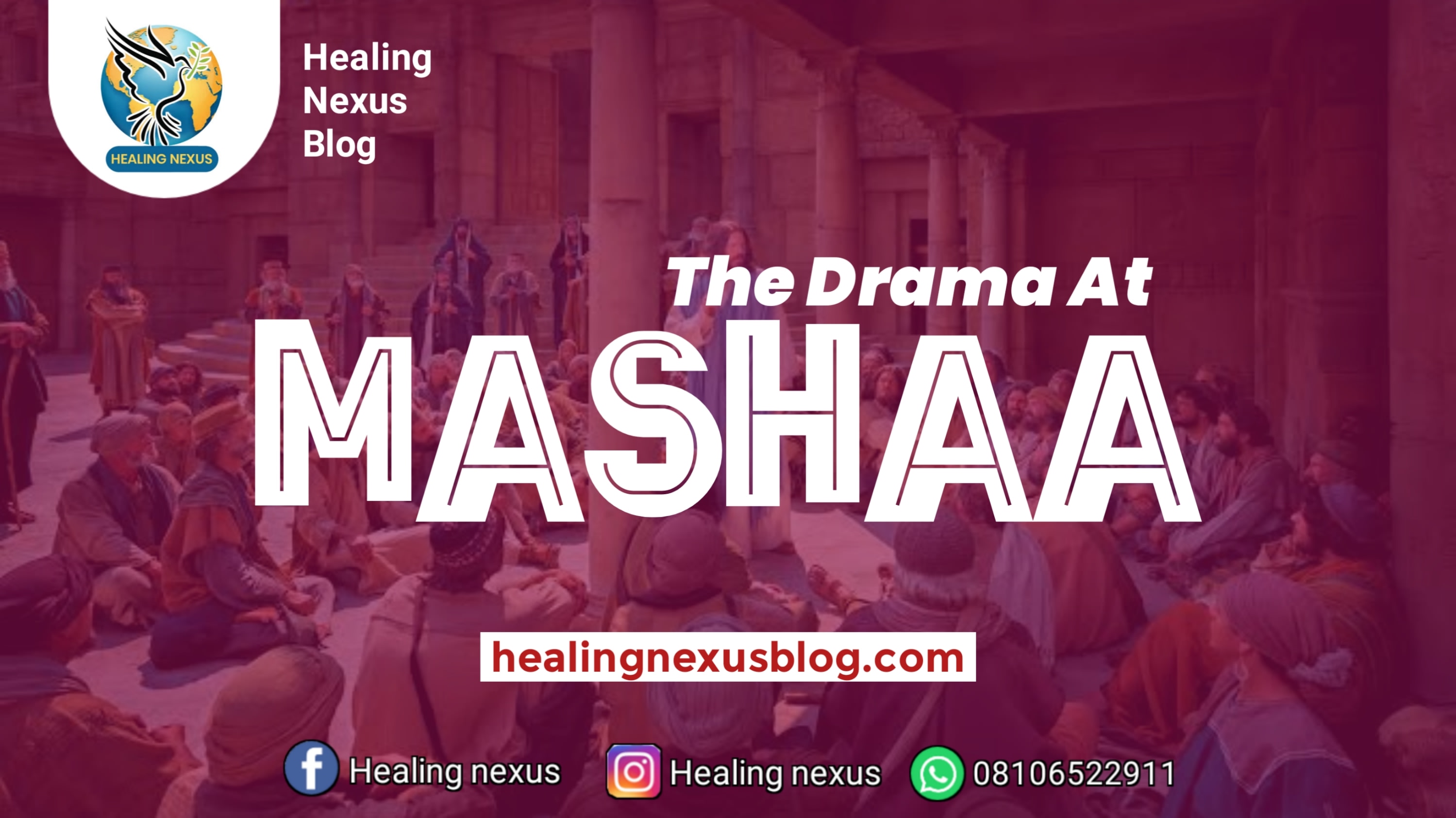 Welcome again to the Christocentric Series, The last topic treated was Tabah; The Mystery of the Ark and we saw Jesus at the center of it.

Just 400 years after the flood experience, we see God making a covenant with a Man called Abraham, God promised him to bless the family of the whole earth through his seed.

Genesis 12:7
And the LORD appeared unto Abram, and said, Unto thy seed will I give this land: and there builded he an altar unto the LORD, who appeared unto him.

Afterwards, we see that Abraham gave birth to Isaac who gave birth to Jacob and Jacob gave birth to 12 children. At Bethel, Jacob’s name was changed to Israel, therefore his 12 children are called the children of Israel. These were the so called Israelites (Genesis 49 highlighted their names).

One of 12 children’s name was a boy named Joseph. Joseph found himself in Egypt being sold there, as a slave. And by the virtue of God’s favour, he later became the prime minister of Egypt, such that when there was a great famine in the whole world, Joseph was the only one in charge of food in Egypt. So, His Brethren went to get food in Egypt and they saw him and that was how all of them had a reunion and started living back in Egypt, each of them with their wives. And they started giving birth to babies. And when Joseph and the (reigning) king (Pharaoh) died, all of them couldn’t find their way back home again.

Another king mounted the throne named after the first king; Pharaoh, He wasn’t friendly with the Israelites (Jew) at all. He rather maltreated them. But, they kept giving birth amidst themselves and God decided to save them through a boy called Moses.

After spending 400 years in the camp of the Egyptians, God delivered them from the second Pharaoh by drowning those bad guys into the Red Sea.

MARAH to REPHIDIM EXPERIENCE (EXODUS 15-17)
In Exodus 15, we see the Israelites at a place called MARAH. They were thirsty and they began grumble against Moses that why can’t he provide water for them (what an ungrateful attitude🤔). But Moses prayed to God and the water became sweet and they started enjoying as they had been enjoying.

Exodus 15:22-25
So Moses brought Israel from the Red sea, and they went out into the wilderness of Shur; and they went three days in the wilderness, and found no water.
And when they came to Marah, they could not drink of the waters of Marah, for they were bitter: therefore the name of it was called Marah.
And the people murmured against Moses, saying, What shall we drink?
And he cried unto the LORD; and the LORD shewed him a tree, which when he had cast into the waters, the waters were made sweet: there he made for them a statute and an ordinance , and there he proved them.

In chapter 16,God still proved Himself as a provider to them by Providing Manna and Quai for them from Heaven.

I’ll continue with the rest of the story in the next post. 😊
If you read this article from the beginning up to this point, and you find it interesting, can you drop Tell me about Virtuousmaiden blog in the comment box😀

For the Non-Nigerian that may be graced to be reading this article, The word NYSC means National Youth Service Corps. It is a scheme by the Nigerian Government to ensure that all Nigerian Students that graduated from the Higher institutions of learning, serve their fatherland. NYSC is the bridge between…