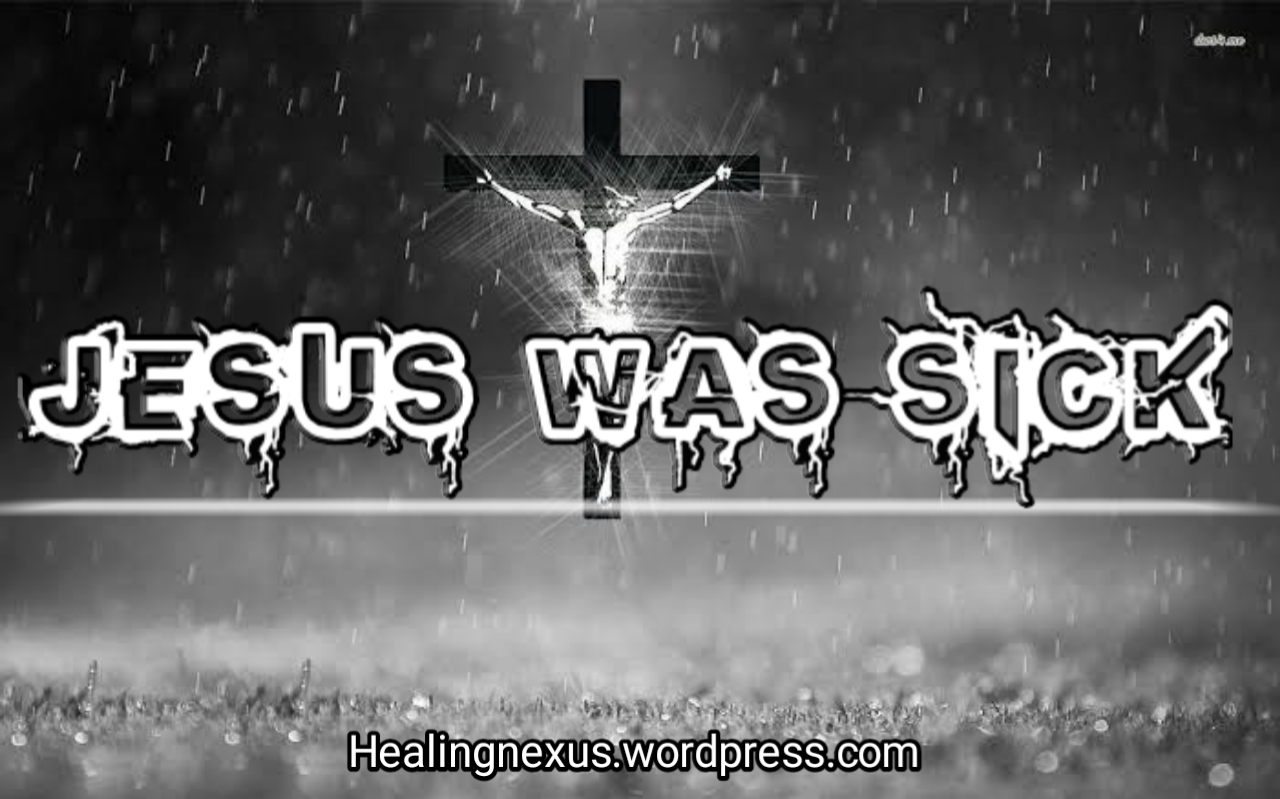 I know you’re shocked seeing that Jesus was sick, my fingers too were shaking as I typed it. But can you just stop and think for a minute if you’ve ever come across it in the Bible that Jesus was not feeling fine?

There is no doubt that Jesus is God and that He came into this world and exhibited man-like characteristics. He was born like you were born, He was fathered by Joseph, He enrolled in an entrepreneurship class with His father where He learnt carpentry (I’m sure He advertised and sold furniture works as well), He was almost stranded as you probably might have been, He wept, He was happy, He was tired, He was hungry, among other characteristics He exhibited on earth; but HE WAS NEVER SICK. I’ve read my Bible, read from anointed men of God but I’ve never come across a place in those writings where Jesus was admitted to hospital for treatment.

Jesus is the perfect example we are to follow. If Jesus was hungry, it’s a normal thing for me to love food but if He never fell sick, then I should always ask the question, WHY ME?

God sent Jesus to this world as a model of the health lifestyle He’s expecting all believers to live. Acts 10:38 – “How God anointed Jesus of Nazareth with the Holy Ghost and with power: who went about doing good, and healing all that were oppressed of the devil; for God was with Him.”

Jesus was able to walk in this dimension of health because He was anointed by the Anointer (Holy Ghost) to do so and because God was with Him.

So, the advantage you have is that the Spirit and God was with Jesus but both of them now dwell in you! What a privilege.

The only time Jesus was sick as believed by some theologian was when He was passing through the suffering of the cross, He was beaten, bothered, tortured and brutalized, and each of those strokes represent every kinds of sickness that exists and Hy His stripes we have been healed, at a time, Jesus said ‘it is finished’, that means He had borne all my sicknesses.

Can you swallow this pill and begin to live in your normal health status?

Can you say THANK YOU JESUS

12 thoughts on “JESUS WAS SICK”